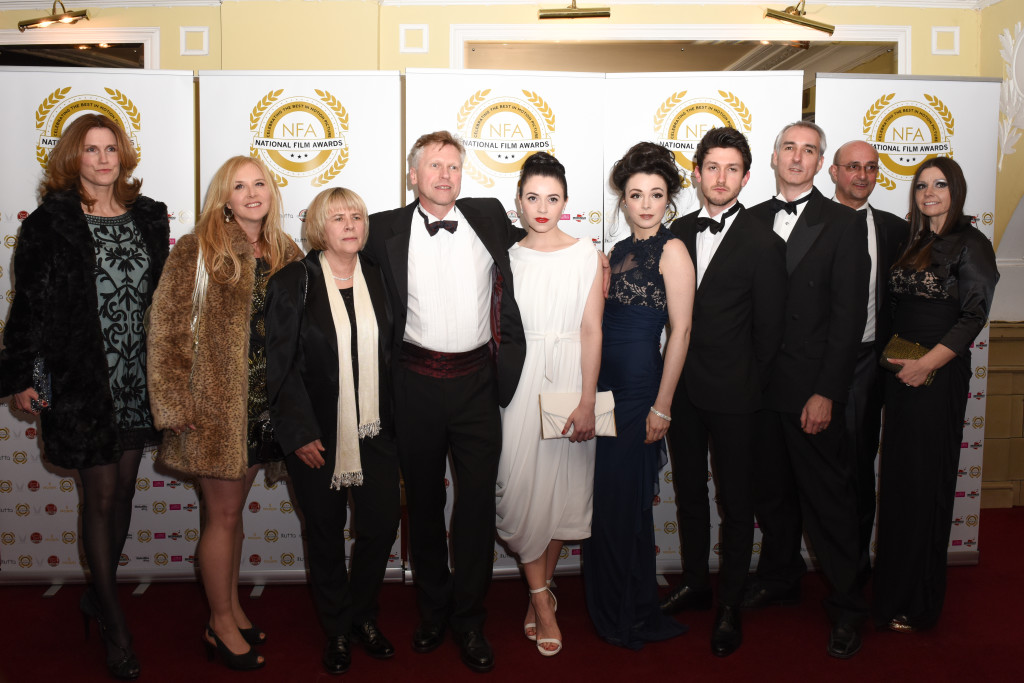 London (1/04/15), Last night (31.03.15), the National Film Academy announced the winners of the 2nd annual National Film Awards UK at the prestigious awards ceremony which took place at the Porchester Hall in London.

British film, stage and television actress, Dame Helen Mirren was first to be announced as the winner for the Lifetime Achievement Award and accepted her award from New York. Mirren commented “I feel truly honoured to be awarded the Lifetime Achievement Award by the National Film Academy. I am proud to be a member of the National Film Awards winners list and thank you to all the movie fans for voting for me”.

Rise of the Footsoldier II, Kingsman (The Secret Service), London Road, Chasing Robert Barker, Reason to Leave, and Man UP which featured Actor Simon Pegg all received a gong at the prestigious event. Man UP won Best Comedy beating tough competition from The Lobster and The Second Best Exotic Marigold Hotel . Best Director award was won by Stephen Fingleton for his movie ‘The Survivalist’

The nominees for Global Contribution to Motion Picture included a stellar list of stars who have excelled in their craft. Nominees included; Hugh Grant, Denzel Washington , Ben Kingsley , Meryl Streep, Harrison Ford, Samuel L Jackson, Michael Caine, Leonardo DiCaprio and Kevin Spacey . Samuel L Jackson was voted winner and added “This is just perfect. I am incredibly honoured and thankful for this award from the National Film Academy and all the movie fans who voted for me.

Taron Egerton saw of the competition by winning the Best Newcomer category for his role in Kingsman, The Secret Service whilst John Boyega was voted winner of the Best Breakthrough Performance in a Film for his role in Star Wars the Force Awakens

Over 2.9 million movie fans nationwide voted for this year’s 2nd annual National Film Awards and the night was hosted by TV presenter Louise Gookey and featured a stellar list of celebrity guest presenters. The night ended with an incredibly heartfelt video tribute to the late, great Alan Rickman who was honoured with a National Film Academy fellowship award.

The 3rd annual National Film Awards are scheduled to be held on the 31st of March 2017 and public nominations will begin in October.

Below is a full list of winners for the 2nd annual National Film Awards UK:

Best Drama sponsored by Gold Collagen
A Reason to Leave

Notes to Editor:
The National Film Awards UK is an annual awards ceremony celebrating the achievements of established and independent film makers , actors , actresses, casting directors , production companies and crew who make up the motion picture industry.All nominations and voting for the NFA are submitted and voted for by movie fans. The NFA is produced by the National Film & TV Academy who also produce the National Film Festival.