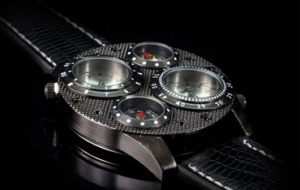 DeChavel Watches was launched in Switzerland with a heritage of providing timepieces for Royals and exclusive clients around the world. They are an exclusive brand with only a few owners dotted around the world, and a waiting list that was extended to 18 months in 1982!

For more information, go to: dechavelwatches.com