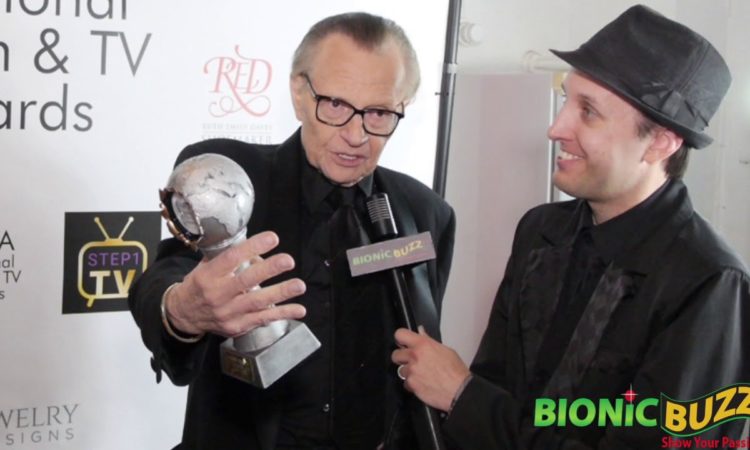 The National Film Academy successfully launched the US version of it’s flagship annual award in Los Angeles on the 5th of December 2018.  National Film & Television Awards were held in Los Angeles and were winners as voted for by over 1.9 million film and tv fans worldwide were announced. The awards took place at the historic Globe Theatre, Broadway in LA.  The National Film Academy was launched in 1999 to support filmmakers, actors, actresses, producers, directors, and a great segment of the motion picture industry.  It produced its first awards show the National Film Awards UK in London in 2015 and at the eve of the launch of an annual US version of the popular UK, awards coincide with the eve of next year’s 5th anniversary.

The Awards ceremony kicked off with a celebration of the Lifetime Achievement category with the award for Outstanding Contribution to Television handed out to the legend Larry King joined on stage with support from his wife, kids, Shawn, Chance, & Cannon King and close supporters who took time off to be involved including Ted Turner (CEO of CNN) and TV Presenter, Ryan Seacrest amongst many others.

Larry King commented “I am deeply honoured by this award. Thank you for the National Film Academy and the National Film & TV Awards for honouring me and celebrating my career achievements. Success is about doing something you love and something you can do whether you are paid for or not and I love what I do and I have been lucky to be put in this position to which I have to still pinch myself daily”.

Other winners of the night were William H Macy who won Best Actor for Shameless, Tiffany Haddish who won the Best Actress award and Chadwick Bosman picking up the Best Breakthrough Performance in a film.

Plans have already begun for the 2019 National Film & TV Awards which is set to take place in Los Angeles on the 2nd of December 2019.

Here is the full list of winners for the 1st annual National Film & TV Awards 2018:

Best Comedy
The Spy Who Dumped Me

To get involved in the 2019 National Film & TV Awards – E-mail: richard@nationalfilmawards.co.uk

Official site for the US awards is : www.nationalfilmandtvawards.com